During my final few days at Littletown School earlier this term (an extension to the iCollaborate Project), the children worked collaboratively on a huge blue cardboard monster, whist creating images for the large mural panels which were destined to be installed in the playground.

It was wonderful to see the creative collaborations between pupils exploding with imagery and colour as each of the activities developed. The children made over 150 drawings which fed directly into the final murals (some of the drawings were actually fed to the blue monster who apparently was very hungry), whilst creating a large monster complete with moving jaw and mixed media adornments. 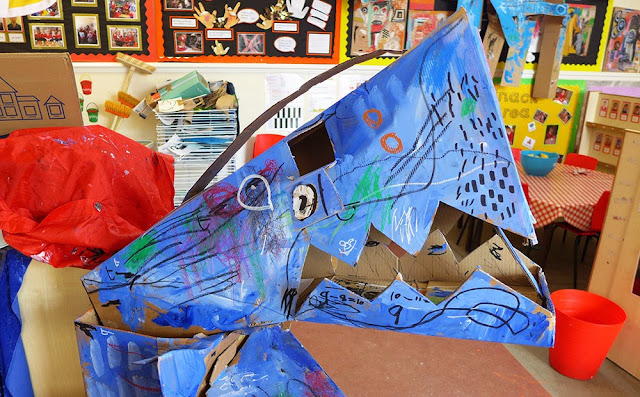 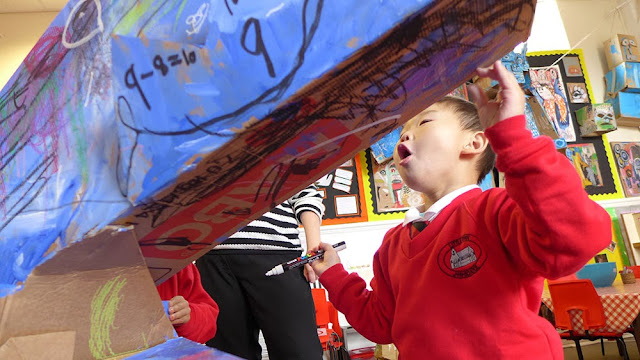 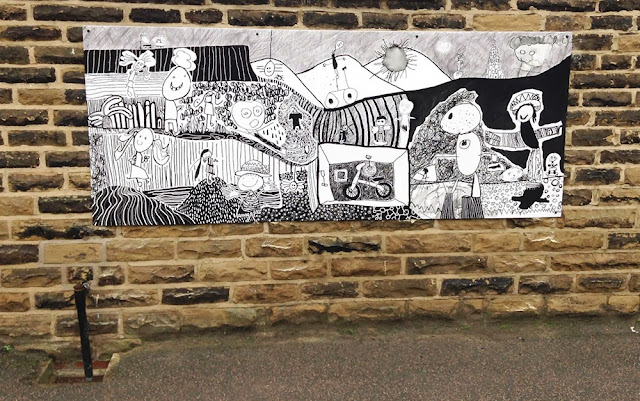